SwissalpS started as SwissaplS. It was a typo when initially just checking out Pandorabox. The test went much longer than expected.
SwissalpS occasionally logs on as SwissaplS for tests and to appreciate more how far he has come.
When SwissalpS is logged in as SwissaplS he might be AFK or not reading the in-game chat, so best use /mail if it is something 'important'. 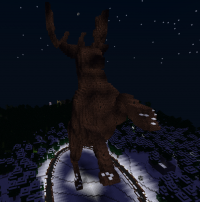 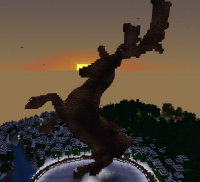 Mostly only lava boots. Sometimes also a lava shield but not so much since beacons got healing effect. When AFK in mines, when too lazy to use multi-tool for defence or when working around chernobilyte: Lava boots, diamond leggings and shirt, hazmat and lava shield. SwissalpS does not like diamond helmet, the sound it makes on damage is irritating.