Not online at the same time as me? It's only natural, I'm in the Australia/Sydney timezone, UTC+10/11. Drop me a message on here or by /mail.

Hi, I'm a bit newer than most around here, having only started playing in November 2021. I have a lot of experience from other servers with advtrains (especially advtrains also in singleplayer) but also digtron, technic (forked), pipeworks, digilines/luacontroller and ethereal mapgen (not used on this server).

I like trains and dislike teleports - especially travelnet - and I want to see Pandorabox's railways improve. I have a wealth of experience with designing and constructing railways including right of way, bridges, cuttings, tunnels including the use of digtrons. I also have a lot of experience interlocking, making signals with routes for automatic operation, and running passenger train services. I have this experience from another server plus a bit of singleplayer testing. I will be using my skills for my own projects but I really want to make it available to the wider community through Technic City Trains and Pandorabox Railway Company.

My first goal on this server was to get the Technic City train system, "Technic City Trains" working with 1 metro line and 1 S-bahn line, since the tracks were already there. This was completed on 3 December.

My other longterm goal to build a railway on Mars. So far I plan on building the Mars railway from Mars Spawn to either Viking Base (if permission is granted) or Mars Mountain City (never actually built). 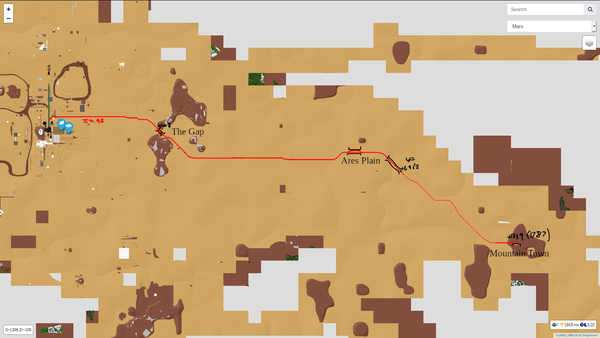 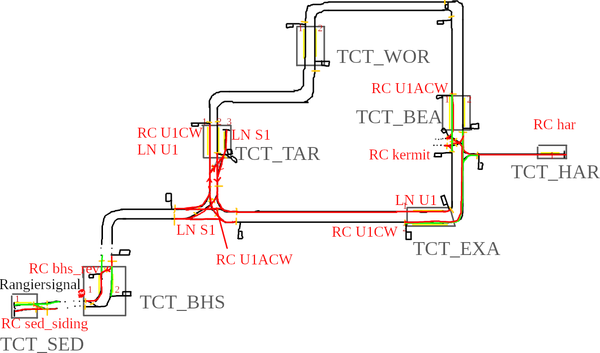